French students and staff gather around the fire during French Camp.

Over the weekend of October 11, almost 80 French Language students enjoyed the Francophone World through different activities at French Camp. For those of you unfamiliar with the term “Francophone World,” it is the term used for the many French speaking countries around the globe. 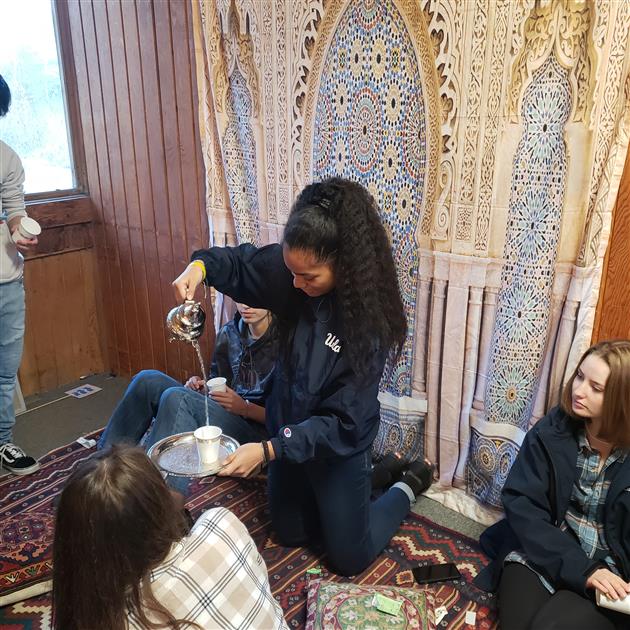 This year, the camp was themed to celebrate the diversity of French speaking countries around the world. The theme was accomplished by numerous activities that highlighted traditions, culture, and food in French speaking countries like Morocco, Canada, Belgium, and Mali. The Birchwood Camp staff kindly prepared meals from the various countries for the participating students and teachers to further enhance their experience of the diversity of French culture.

To further be immersed in the French experience, students and teachers spoke French throughout the entire weekend, giving students the opportunity to have a taste of traveling to a French country without leaving Alaska. Students had a mint tea ceremony from Morocco, traditional dances from Mali, bracelet making from Martinique, and delicious waffles from Belgium among many more fun activities.

French Camp is in its third year and is held at Birchwood Camp in Chugiak, AK. High school French students apply to participate through their French teachers. Camp participation has grown tremendously in the last three years. For their first French Camp, only 30 students participated, last year that number went up to 55, and this year, they had nearly 80 student participants.