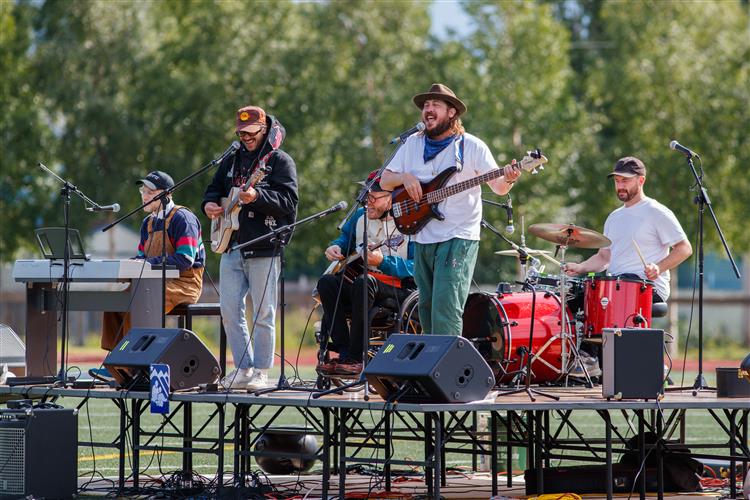 Thursday afternoon on August 19, the Dimond High School student body rocked out to the Grammy-winning band, Portugal. The Man, thanks to Dimond High School Student Government and their winning video entry in the Anchorage School District’s back to school social media contest.

ASD sanctioned clubs, groups, and sports teams were asked to share the things they loved and missed most about school in a 60 second video posted to social media using the hashtag #ASDAllAccess and #AKStateFair and tagging @ASD @PortugaltheMan @AlaskaStateFair.

As a bonus surprise to Dimond High School for having the most submissions and the winning team, Portugal. The Man performed a private concert and the entire student body received tickets to see the band perform at the fair August 20. 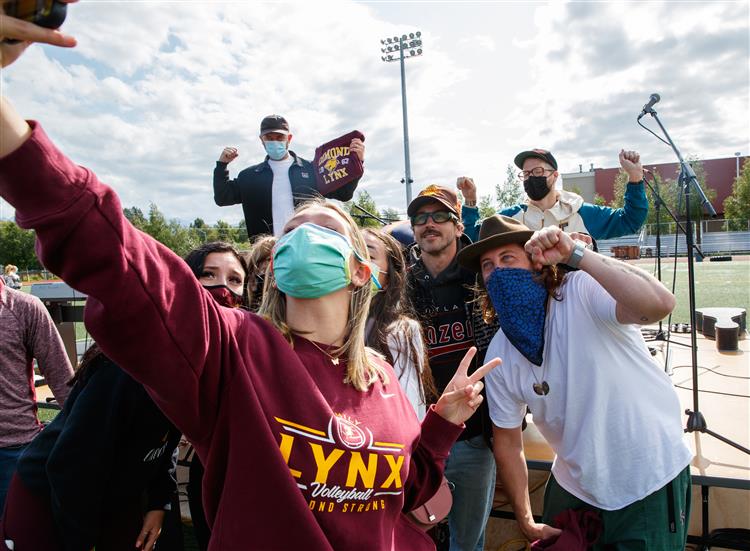 Members of the Dimond High School Student Government pose for a selfie with Portugal. The Man Thursday, Aug. 19, 2021. (Robert DeBerry/ASD)

The contest kicked off in late July with a teaser video from Portugal. The Man. The videos submissions were judged by the band.

According to ASD superintendent Dr. Deena Bishop, this contest was a great way to get kids excited about coming back to school and the enthusiasm from the video submission was awesome. “This was a great partnership between ASD, The Alaska State Fair and of course Grammy winners Portugal. The Man.”

For band member Eric Howk, playing at Dimond High had an added bonus, Dimond is his mother’s alma mater. “My mom went to school here,” said Howk as he made his way onto the stage Thursday afternoon. 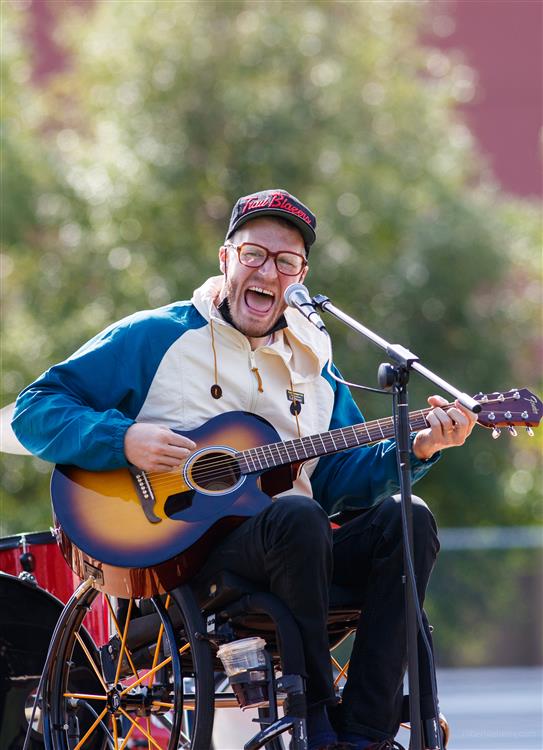 Bass player  Zach Carothers, who is from Wasilla, said it was great to be involved with the contest and getting the opportunity to play for the students was a good way to kick off their two concerts at the fairgrounds this weekend.

“We haven’t really been playing a lot because of COVID so getting to play for Dimond High and then at the fair this weekend is really nice.”

Portugal. The Man played three songs and ended with their Grammy award winner ‘Feel it Still.’ Afterwards they stayed on the football field and signed autographs and posed for pictures and selfies with students. 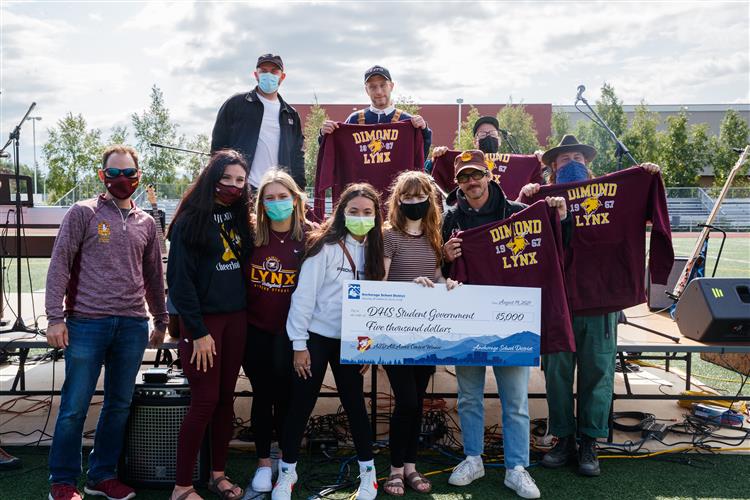 Members of the Dimond High School Student Government pose for a picture with Portugal. The Man. (Robert DeBerry/ASD)

Dimond Battle of the Books