Whaley School’s K-6 Special Education teacher Katie Fox was recognized as a Most Valuable Person in the Life of a Student (MVP). Fox was nominated by Tyger Smith, an intervention coach at Whaley School.

The MVP award was developed as a way to recognize outstanding educators across the country. The award is sponsored annually by Most Valuable Professional Development, LLC, an organization that provides educator professional development on trauma, behaviors, and student achievement

For Fox, getting nominated and receiving the award is an honor but she said everyone at Whaley School has a part in it.

“I'm just a teacher,” said Fox. “I'm just like anybody else here at Whaley School.”

Fox said she feels like the staff at the school is a team of superheroes and is truly honored to have been nominated by another staff member.

Principal Robyn Harris said several staff members from Whaley School were nominated and every one of them is deserving. But in the end Fox received the award after being voted on by over 1,000 educators nationwide.

Harris said that from the first day when Fox stepped foot in Whaley School it's just been amazing.

“We didn't know what elementary was going to bring to us but she's amazing. I don't ever have to be in the classroom she has the students doing what they need to be doing and transitioning to where they need to go,” said Harris before making the announcement in front of the school Monday afternoon. 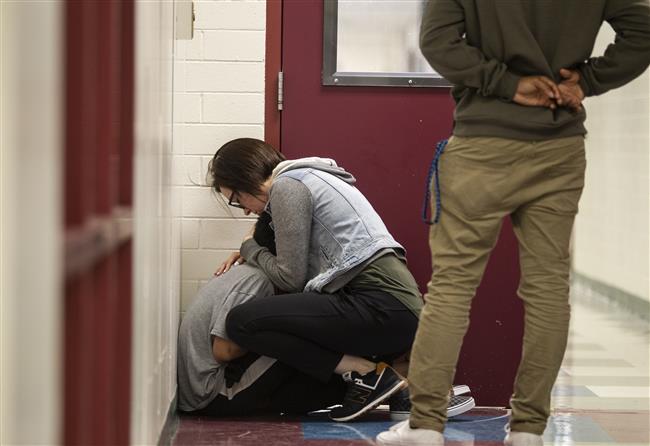